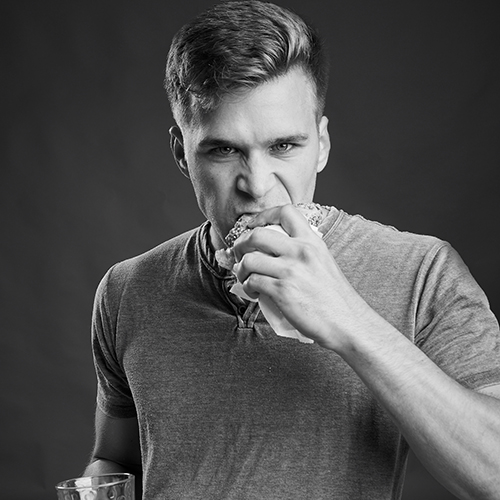 Steven Smith ’07 has been creating art for as long as he can remember. His family moved frequently around New York State for his father’s job, which meant Smith was often the new kid who spent time alone drawing.

“As a kid I was obsessed with the book series ‘Goosebumps,’ and would re-draw and color copies of the cover illustrations for fun,” Smith says. “I was partial to doing things by myself since it took time to make new friends, so I had a lot of time where I was drawing and reading comics.”

His high school painting teacher at Jordan-Elbridge Central School in Skaneateles, Terry Bondgren, is the first person who encouraged Smith to pursue a major in Illustration.

“She told me that Mohawk Valley was known for having a strong art department,” he says. “MVCC was the only college I applied for out of high school based solely on her guidance. If it wasn’t for her encouragement, I wouldn’t be where I am today.”

Where he is today is quite impressive. Smith, an art director based out of Los Angeles, specializes in creating posters and concept art for production studios in the film and video game industries. Among his clients are Warner Bros., Universal Pictures, Focus Features, Sony Pictures, Netflix, Hulu, and Showtime. He’s already racking up awards, 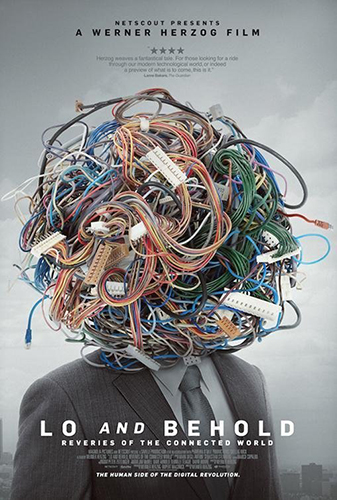 including Best Documentary Poster at the Golden Trailer Awards in 2017 for his design for “Lo and Behold: Reveries of the Connected World,” filmmaker Werner Herzog’s history of the internet. That poster also was listed among Rotten Tomatoes’ and Indie-Wire’s Best Movie Posters of 2016 selections.

But getting to this point was not easy for Smith, who faced a series of rejections along the way. He applied to many design studios in New York City that never responded. He even had a freelance trial gig at Penguin Publishing, which required a harrowing trip to Manhattan for an interview and a week of design work and stress, but that, too, ended in rejection.

“I was devastated,” he says. “I basically sat there in tears
thinking my life was over, that I was destined to make used car ads until I was an old man shoveling snow out of my parents’ driveway.”

But things did turn around for Smith, thanks in part to his MVCC education.

“I describe MV as sort of a battle training station for the artist,” he says, describing the Illustration classes, specifically, as a crash course in technique and philosophy, where students can experiment with different media and decide on their weapon of choice. “Charcoal or pastels? Oils or digital? I remember not having a clear direction when I first started college, and I didn’t know what I was 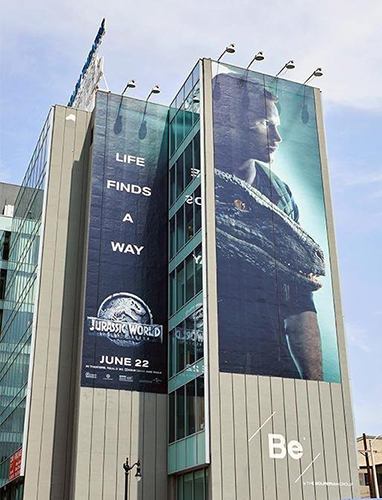 doing — but MVCC quickly immersed me in the kinds of creative problem-solving that I find myself doing every day in my career.”

Smith says he also enjoyed the variety of classes offered at MVCC, and the mentorship he found in his instructors, specifically Professors Jed Kimball and James Vitale of the Art Department.

“They shared their professional insight with how I was developing creatively,” he says. “Jed would tell me stories of his experience living in New York City while he attended the New York Academy of Art, and it was easy to relate to him as a young artist.”

Smith also praises the program’s curriculum structure, which resulted in “very strong pieces” for his portfolio and a natural progression of his work. After his first year of foundation classes, Smith says his second year was focused on producing high-quality pieces using techniques he learned the previous year. He says he found the fourth-semester class, Professional Practices for Illustrators, especially enlightening.

“That class in itself really set me up in many ways,” he says. “I created my portfolio website in that class — the same one I use today. We learned about self-promotion and reaching out to creative directors, how to create an invoice, and how to break down monthly expenses if we were to freelance professionally. I started MVCC with nothing, really, and when I left in 2007 I had a portfolio and a ton of knowledge and confidence that I used to get into my next college and future jobs.”

From MVCC, Smith went on to study illustration at the School of Visual Arts in New York City, where he first got into promotional poster design. “I was friends with a lot of film students who needed promotional material designed for their short films,” he says. Smith was able to use this work during his last year of art school to get an internship at a poster-design studio, where he got his first taste of working in a professional design space.

After graduating from SVA in 2010, Smith moved back home to Syracuse, where he worked at an advertising agency as an assistant art director designing pharmaceutical assets and car ads for local newspapers. He was there four years, but was feeling the urge to go west.

“My younger brother had been living in Los Angeles for a few years at this point, and I knew of ad agencies in Hollywood that were creating key art for TV and film,” Smith says.

Two years before Smith moved to L.A., he visited his brother and scheduled some portfolio reviews with a handful of small agencies around the city. He says overall it was positive, but most studios told him the same thing: They’d give him a shot at a freelance junior designer position — but only if he lived in L.A.

“I knew in my heart that I could at the very least get some kind of freelance opportunity if I only lived there, so for the better part of a year and a half, I worked a second job at night serving tables at a P.F. Chang’s,” Smith says. “I banked every penny I could, and once I had about six months of living expenses saved, I put in my two weeks’ notice and hopped on a plane to California.”

After reaching out to some of the agencies he had connected with previously, Smith landed a freelance gig that quickly turned into a full-time job at a small, art-house style poster shop. His first big assignment was the movie “Batman v Superman” — one he will never forget.

“I didn’t get any finishes out of it, but it was the first big project I worked on when I moved to L.A.,” he says. “I remember sitting at my desk with the brief in front of me, and I felt like I was in ‘The Twilight Zone.’ It was sunny outside, a creative director who had worked in Hollywood for years was giving me a chance to work with a team of designers on posters for one of the largest films in comic book history, and the marketing team at Warner Bros. was going to see my work! It made me realize that I was moving toward my dream and not against it. I was making choices in my career that were resonating fully in my heart, and that feeling will always be in my memory.”

When asked what advice he would give to students, Smith has the perfect analogy for pursuing a dream and not giving up.

“Treat your career goals like your long-awaited dream vacation,” Smith says. “If you want to go to Cabo, you better find the best hotels in Cabo. Just work really hard, plan, research, have a map. Maybe you won’t get to Cabo, but you end up finding an awesome resort in Cancun, which is still pretty awesome.”