Rafael Ortiz turns hardship into hope, gets into Columbia University

Rafael Ortiz ’16 had his sights set on an Ivy League university at a young age. 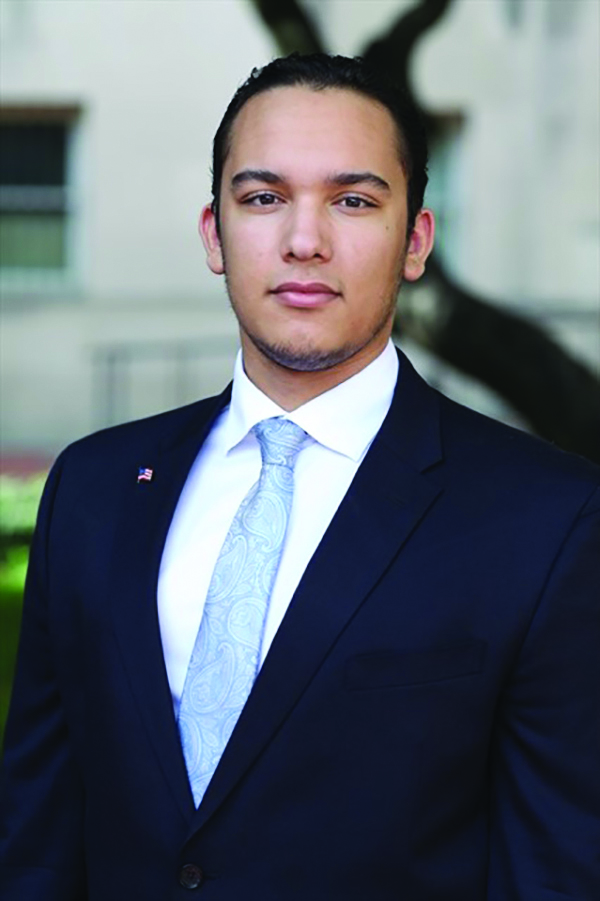 He was naturally gifted in school, and was on his way to becoming the first in his family to graduate from high school in the United States. He always was fascinated with Washington and policy-making, but didn’t know how to turn that into a career, he says. “I just knew that I wanted to make a difference.”

By the time he was a junior at Proctor High School in Utica, N.Y., Ortiz was taking part in STEM-related seminars, and was involved in local government through the Utica Youth Common Council, which he helped to create with other Proctor students.

“It was a fascinating opportunity because it made me aware of my local council and the power that people have to affect local policies in their communities,” he says.

Ortiz, like his classmates, was starting to look at colleges he would be applying to in the fall. “I didn’t know where I wanted to go to college, but in the back of my mind I was hoping for an Ivy League school,” he says. “Culturally, I knew going to a prestigious school would be the pinnacle of success that signified I had made it.”

Ortiz was pleased with his achievements. He was excelling in school, making college plans, and was working with other students in the community. But health difficulties arose in the summer before his senior year. Ortiz was diagnosed with renal failure, forcing him to withdraw from the Youth Common Council and reconsider his college plans.

“It all hit me at once, but I got over the health aspect of it emotionally relatively quickly,” he says. Ortiz says he missed some school, but he tried not to talk about it. He distracted himself with learning, determined to excel, and slowly, that desire to learn evolved from a coping mechanism to a way of life.

“For me, it was easier to live in an environment where I could escape the reality of my condition,” he says. “My true existentialist crisis, so to say, surrounded what would happen next. I knew I wouldn’t be able to apply to away schools, and that left me with local choices.”

Ortiz’ hard work paid off, and he graduated in the top 10 percent of his class at Proctor High School, making him eligible for the full-tuition MVCC Presidential Scholarship.

“Of course this helped to make my decision easier,” he says. “I felt this might be my only chance at continuing my education.”

Ortiz had life-saving surgery in the summer after his high school graduation. While many of his classmates were packing and preparing to leave home for colleges far away, he was recovering and preparing for his freshman year at MVCC.

“Although at first it seemed like a compromise, I realized that MVCC deserves long overdue acknowledgement for helping students achieve their goals,” he says. “MVCC offers many opportunities for students who try their hardest. And the small class setting helped me develop a personal connection with all of my professors.”

As a delegate of the MVCC Judiciary Committee, Ortiz helped to establish guidelines for Student Government by helping to rewrite the procedural manual. As president of the Latino Student Union, he organized several fundraisers and managed field trips and a budget of $10,000. As the student delegate to the International Initiatives Committee, Ortiz contributed to the policy that helped include the Palestinian flag in MVCC’s international flag display in Payne Hall. He also was a member of the Collegiate Science and Technology Entry Program (CSTEP), the MVCC Honors Program, and Phi Theta Kappa, the honor society for two- year colleges.

“This all helped to distinguish me from other students who were applying to four-year schools,” he says. “I could point to tangible differences I made in or through each club or program.”

“They work with the other offices on campus to make sure everything you need from the school gets to where it needs to go,” he says. “I had the privilege of working with Susan (Johnston), whose work with the Registrar helped me incredibly. She also helped me go through many different schools and walked me through the general application process. I applied to about 10 different schools, and she was there every step of the way.”

Ortiz graduated from MVCC in May 2016 with a degree in Cybersecurity. He is now studying American Politics, International Relations, and Economics at Columbia University, an Ivy League school in New York City. Already, he is making plans for graduate school while interviewing with finance and policy firms in New York and Washington, D.C.

“My associate degree in Cybersecurity puts me in a unique position to understand the technical aspects of programs and policies in both the corporate world and public sector,” Ortiz says. “For example, I’m an intern in the finance department for Columbia, and I was able to create a simple batch file to remove underscores and extra spaces on PDF files, making it easier for everyone in the department to do their jobs. I wouldn’t have been able to do stuff like this if it wasn’t for what I learned at MVCC.”