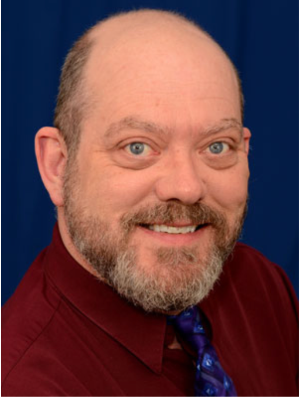 Growing up in Southern Maryland in the 1970s, I was surrounded on three sides by water and on the fourth by a 40 mile stretch of tobacco fields. Although we only lived 75 minutes from the Nation’s Capital, we may as well have been in the middle of the Sahara Desert for all the culture it brought us. The main employer was the Navy, and the main pastime was driving around town with a Confederate flag hanging in the back window of your pick-up. Needless to say, St. Mary’s County was not a good place to be gay.

As a teenager attending a Catholic boy’s school, I learned to hide my sexuality. I had no gay friends … at least none that I knew of. My only confidant was my diary, into which I poured all my unanswered questions, most of which began “Why am I like this?” I never had to deal with the moral dilemma of coming out to my parents. One day when I was 17, I came home from school to find my mother looking like the cat who swallowed the canary. “I read your diary” she sheepishly confessed, “I thought it was a sketch book.” How much did you have to read before you realized it wasn’t a sketch book?” I asked accusingly. “All of it.” That night my parents sat me down and told me that, regardless of my sexual orientation, I would always be their son and they would always love me. And that was that.

I didn’t go to a gay bar for the first time until after I graduated from high school. You could still drink at 18 back then. It was a run-down place in the slums of Southeast Washington, but it was the only bar I knew of (because they ran advertising in the Washington Star). Being in a big city wasn’t really that different from being in the country. There were too many people, and now you were just another face in the crowd. I still felt isolated.

In 1980, the political climate changed. The Moral Majority, a religious organization headed by the rabidly homophobic televangelist Jerry Falwel, had the ear of the White House. AIDS had just been diagnosed, and the country was in panic over the deadly disease spread by homosexuals and other degenerates. Incidents of gay bashing were on the rise, and police raids on gay bars were becoming more and more frequent. Considering the circumstances, it seemed like a good time to go back into the closet. My family moved to Oneida County shortly thereafter, and once again I found myself feeling very alone and isolated. I was unaware that Utica had any form of gay community; but neither was I looking for one this time.

It was a few months before my 30th birthday when I finally decided that enough was enough. With a friend in tow for moral support, I strode in through the doors of That Place, what I thought was Utica’s only gay bar (in point of fact, at the time the city had three). What I was used to, and what I encountered, were two totally different things. I had come from a culture of big city clubs, where nobody knew everybody and the transience was high. Now I was in a small neighborhood bar, where you were no longer just a face in the crowd. I had never before experienced “community” spirit like what I felt in That Place. And I embraced it whole-heartedly. I quickly became a local activist, cofounded the first MVCC Gay Alliance, and headed up the Utica Pride Parade (in fact, the very first full-color photo printed on the front page of the Observer-Dispatch was of my smiling mug). When I had to get a second job, That Place welcomed me as a DJ (although I doubt I would have looked anywhere else). It became my home away from home, and my friends became my family. Nothing like this would ever have happened in Washington. I may have taken the long way around, but eventually my Mohammed reached his mountain.