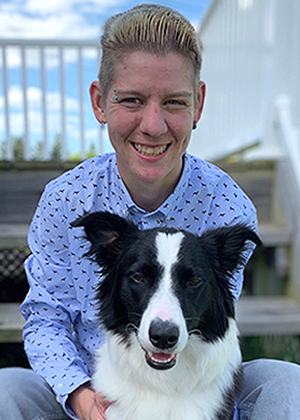 How many people can say that they’re deaf, have cerebral palsy, and be gay? I can.

I was born deaf and had CP. I was 10 years old when I knew I was gay, however, I didn’t come out until I was 15-16 years old. I told people that I was bisexual at first to ensure that it wasn’t a phase. I had already told my aunt and her wife when I was maybe 13 years old. When I told my dad, I told him that I needed to tell him something. He asked what it was, and I’m like, “I am just gonna say it outright … I’m gay.” He said, “ok.” That was the end of it. My mother, on the other hand, took it pretty hard, but now she is ok with the fact. On top of being gay, for the longest time, I thought I was trans … until roughly five years ago, when I discovered the term “non-binary.” Non-binary explains exactly how I feel about myself. I can finally say that I am content with how identify myself. Today I am 28, a proud, deaf, gay person who has CP and identifies as non-binary. You are not alone, it may feel like it, but you are NEVER alone.