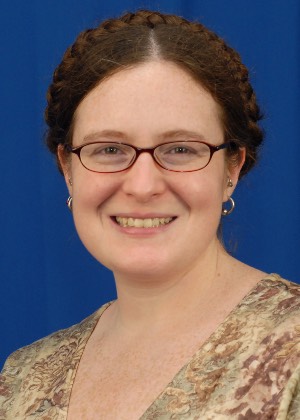 I had always thought that I looked at women because I was jealous and wished I looked like them. When I realized that I was looking at women because I was attracted to them, I was incredibly confused because I was genuinely attracted to men. My high school did not have one out person — this was in part because it was the early '90s (I never cease to be amazed at how much has changed in such a short period of time), and in part because it was Indiana which is a very conservative place. It was easy to just assume that I was straight. When I got to college, though the GLBT group (and yes, the masculine “gay” was put before the feminine “lesbian” back then) had a “B” in there, I had never heard of such a thing and even the group didn’t really acknowledge “bisexual” as real. I’ll never forget when one of my first girlfriends in college shared with me a scholarly anthology of essays about bisexuality. Turning the pages was like a breath of fresh air — my sexuality was real and I wasn’t just in “a phase” or “keeping a foot in the closet,” as so many people told me. Coming out has always involved copious explanation. My mom’s first response was, “But what about Andy?” (my first high school boyfriend). She was supportive, but couldn’t comprehend sexuality outside of the binary of being straight or being gay. Fast forward some years to when I first heard the word “pansexual.” As I have reflected more on my sexuality, I have come to realize that gender never had anything to do with it and this new term defined my attraction perfectly. One thing that is tricky about being pansexual (or bisexual) is that you are often defined by whom you are with. I have always just had to remind myself that I define who I am, not other people and I have been very lucky to be surrounded by people who have been accepting and supportive of me.