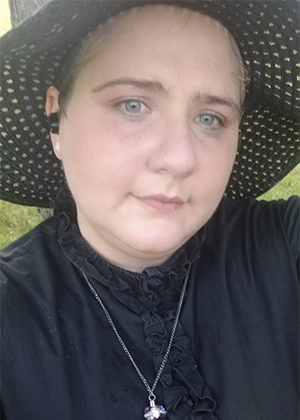 My coming out story is a kind of long one. I came out more than once. First, I came out as bisexual when I was 19 and in the military. It was something I had to be selective about because I could have been in big trouble since this was the height of  "don't ask, don't tell." It was mainly my family and certain trusted friends. Of course, my husband wanted to take advantage of that in the typical way. I said no and it brought the height of the domestic violence I dealt with.

The second time I came out was at 34 and just before my divorce finalized. This was coming out as gender non-conforming. I didn't know where I was on the spectrum, I just knew I wasn't what I was assigned at birth. I spent a year and half trying to decide if I was FTM or genderfluid/genderqueer. During that time I realized that I was pansexual, because it isn't the gender or sex that I was attracted to, it was people regardless of identity or sex. ​

Now, I realize that I am genderfluid, though I also sometimes call myself genderqueer, because neither gender can hold this much awesome.