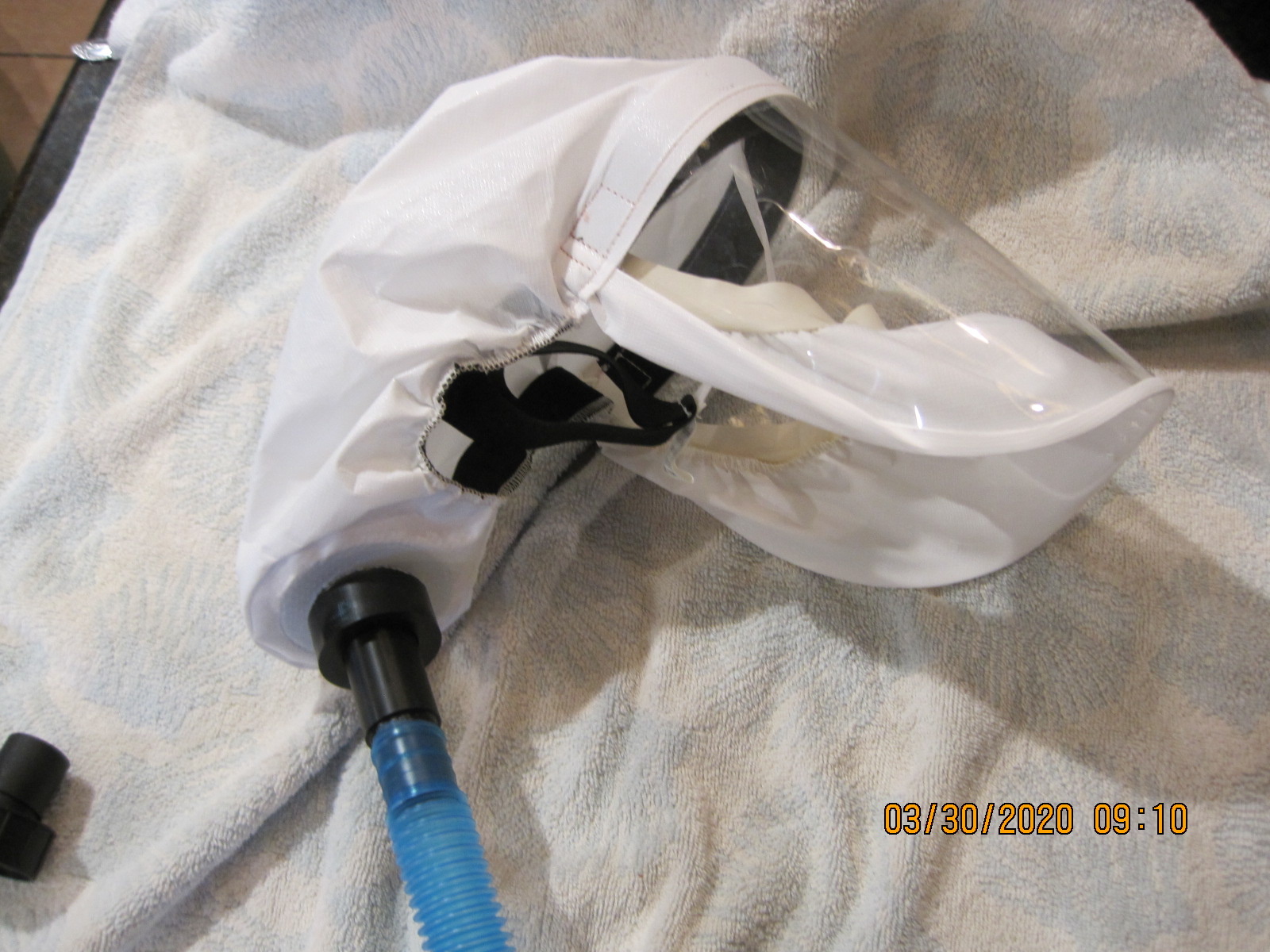 Mohawk Valley Community College Professor Bryan Alguire was part of a team of three called on to develop a solution to a staff respirator inventory problem at Upstate University Hospital in Syracuse. Joe Boardman, a 1999 graduate of MVCC’s Engineering Technology program, and his wife, Kathryn, work at Upstate University Hospital and reached out to Alguire when they began having issues with their powered, air-purifying respirators (PAPRs).

The PAPRs are battery-powered blowers that provide positive airflow through a filter, cartridge, or canister to a hood or face piece, and are used by hospital staff to keep them safe when working in contaminated spaces. Because the tubing for the units is meant for single-use, they were failing as hospital staff tried to clean them. Replacement tubes are back-ordered until June.

The team, which included Alguire; Walter Zarnoch III, owner of ABC Prototyping, LLC in Marcy, N.Y.; and Walter Zarnoch Jr., adjunct instructor in the College of Engineering at SUNY Polytechnic Institute in Utica, N.Y., was able to reverse engineer the units and create a new coupler design that could fit a different plastic tubing that is currently in stock. Within 24 hours, the team machined a prototype and had the design approved, then a company in Syracuse machined the parts and assembled the tubing.

Alguire has been with the College for more than a decade teaching CNC machining, and previously worked for CONMED, a global company that develops and sells medical devices and equipment.